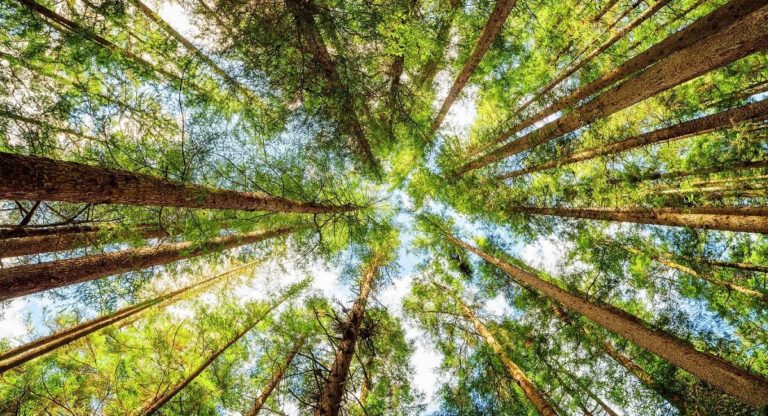 Why an Evergreen IT Strategy is Essential

The vast majority of organisations have either migrated to Microsoft’s Windows 10 operating system or are planning to do so very soon, yet only a fraction of senior executives understand the significant, ever-lasting implications of this Evergreen technology.

Here, Head of Technology Strategy at Camwood, Dan Williams, explains what Evergreen IT is and how it will impact IT resources, business continuity, and employee productivity for organisations that use the Windows 10 operating system and those which proceed it.

When Microsoft launched the Windows 10 operating system, it fundamentally changed the way that the vast majority of organisations manage their IT environments. According to Microsoft, 100% of Fortune 500 companies already use Windows 10, and Gartner analysts predict that 75% of the professional PC market will be Windows 10 by the end of 2021.

Despite this widespread and accelerating adoption of Windows 10 globally and now the launch of Windows 11, many senior executives don’t realise that both are an Evergreen IT solution and, as such, require an entirely new approach to IT management.

What is Evergreen IT?

Described by some as a kind of perpetual migration, the Evergreen approach aims to provide the most up-to-date capabilities to users, most of the time.

Why Do You Need an Evergreen IT Strategy?

Despite Microsoft stating in 2015 at the Ignite Conference that Windows 10 would be the final iteration of its core operating system, Microsoft has announced the launch of  Windows 11, which is due this year.

Both operating systems will adopt an Evergreen model, meaning that there will be a continuous flow of small, incremental enhancements to either operating system, until Windows 10 reaches its end of life in 2025. Every second Tuesday of the month. Microsoft will release new security patches and new features in updates due in the Spring and Autumn of each year.

The need for continual updates to enhance security across systems and devices has been increased by COVID-19 and the more permanent adoption of hybrid working by the majority of organisations across the globe.

What are the Benefits of Evergreen?

The benefits of the Evergreen IT approach are widely recognised. When properly managed and kept up-to-date, an Evergreen operating system has the potential to help organisations:

Organisations no longer have to budget for the huge capital expense of purchasing a new operating system every three to five years, including buying new hardware and perhaps engaging external consultants to support the large IT migration project.

Instead, they can convert this capital investment into an ongoing operational cost, which is easier to budget for.

Typically, for convenience, organisations used to replace desktop computers and laptops in conjunction with an operating system upgrade, wrapping everything together as part of one IT refresh project, with one large capital expense budget.

With the Evergreen process, however, organisations are more likely to wait until hardware needs to be replaced, extending the useable full lifecycle of computers hardware and improving the return on investment in laptops and PCs.

If you have just migrated from Windows 7 to Windows 10 or are planning this migration right now, you will already know how much time and effort goes into a traditional operating system upgrade.

It is not unusual for upgrades in large organisations to take 18-24 months. The Evergreen approach aims to reduce the duration of software upgrades, by introducing smaller changes that can be implemented more quickly.

Companies that adopt Evergreen processes and keep their Windows 10 operating system up-to-date are likely to be less exposed to security risks. They will have the latest security patches, as soon as they become available each month, making it harder for their system vulnerabilities to be exploited.

Most importantly, employees will have faster access to the latest software features, enabling them to work more productively.

For example, facial recognition capabilities in Windows 10 enable users to start working in 30 seconds, rather than having to log in, enter passwords and potentially waste time resetting passwords.

End users also don’t have the inconvenience of having to learn a completely new operating system every three to five years.

What are the implications for Windows 10 management?

Once organisations have migrated to the Windows 10 operating system, they need to adopt an Evergreen process for implementing each software enhancement as it becomes available.

The transition from a traditional software management process to an Evergreen process will not only require a change of mindset, from the one-off project approach to ‘little and often’, but will also demand a realignment of IT resources, tools and processes.

If not properly managed, Evergreen IT can lead to:

Every iteration or ‘build’ of Windows 10 has a limited support period – 18 months for the Spring update and 30 months for the Autumn update. Once this time has elapsed, Microsoft will not release any security updates or new features or offer any support.

Therefore, companies that have deployed Windows 10 are committed to making frequent updates or run the risk of having an unsupported operating system with potential security risks.

The Evergreen process can be immensely time-consuming. In-house IT staff can become overwhelmed by the need to plan and implement operating system updates every six or twelve months, rather than just once every three to five years.

In addition, the deployment of monthly security patches needs to be embedded firmly in business-as-usual activities, without displacing other IT activities that could enhance the competitiveness or efficiency of the business.

As all IT managers know, operating system upgrades can give rise to a host of unpredictable application compatibility issues and cause significant business disruption or even downtime.

Traditionally, organisations would mitigate the risks by carrying out extensive testing on each application before the migration to the new platform, in a process that would take many, many months.

In an Evergreen environment, however, IT teams need to find a way to test dozens if not hundreds of applications every time the operating system is enhanced, which could be every six months.

Most large organisations have teams of tech-savvy users, who are willing to conduct user application testing and pilot new software before it is rolled out enterprise-wide.

However, when new updates are introduced annually, or even biannually, these users may become weary of constant rounds of pilots and user application testing, resulting in an erosion of goodwill and a negative perception of the IT department.

The key to mitigating these issues lies in allocating both the right people and the right technology to the Evergreen process. Smart automation solutions, from vendors like Camwood, can be used to speed up the entire process of implementing Windows updates, from planning the deployment to testing all applications and managing the change.

These specialist tools will provide intelligence and business analysis about the likely impacts of an upgrade on applications and end-users and eliminate the need to bother users for testing.

Some organisations create dedicated teams within IT departments to focus on the Evergreen process year-round, while others outsource the responsibility to free up the time of their in-house staff.

Both strategies are equally valid, however, neither in-house teams nor outsourced professionals will be able to accomplish the Evergreen process cost-efficiently, without the support of the technology tools that can automate the end-to-end process and cut out time-consuming manual tasks to deliver fast secure, and repeatable migrations.

One thing is certain: Evergreen IT is here to stay, and we must all embrace it.  Indeed, in many ways, the Evergreen approach can be seen as a landmark stage in the journey towards ‘Everything-as-a-Service’, in which all IT requirements will be met with subscriptions.

Microsoft’s Office 365 is already an online subscription service, and it can be reasonably anticipated that operating systems and other key corporate IT systems will head the same way.

There will, therefore, be ever-lasting implications from Evergreen IT not just for IT departments today, but for the IT industry as a whole in the future.

Looking to develop an efficient and agile Evergreen IT strategy? Find out how Camwood can help

ABOUT THE AUTHOR - Jay Wilson 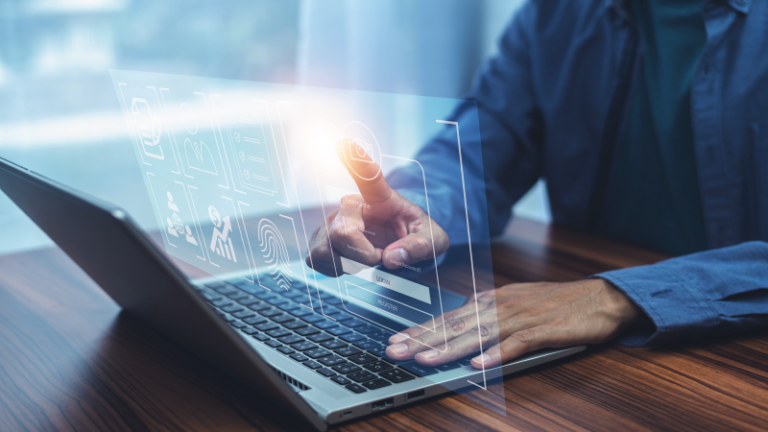 Andrew Carr
Compliance is commonly overlooked when it comes to the implementation of applications and technology. In fact, 40% of businesses do not perform an annual
READ MORE > 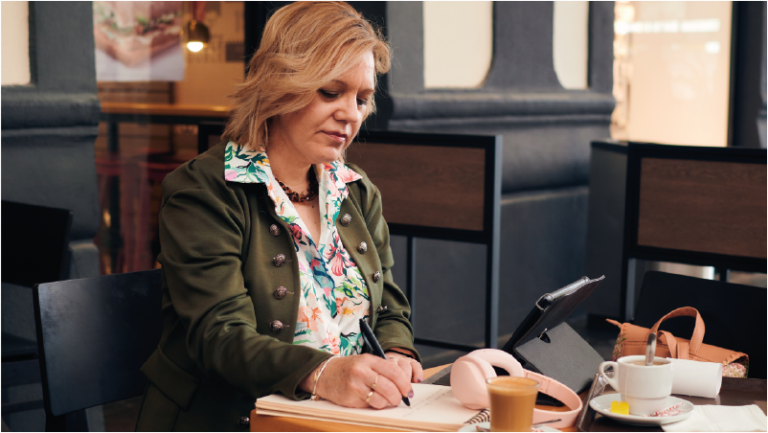 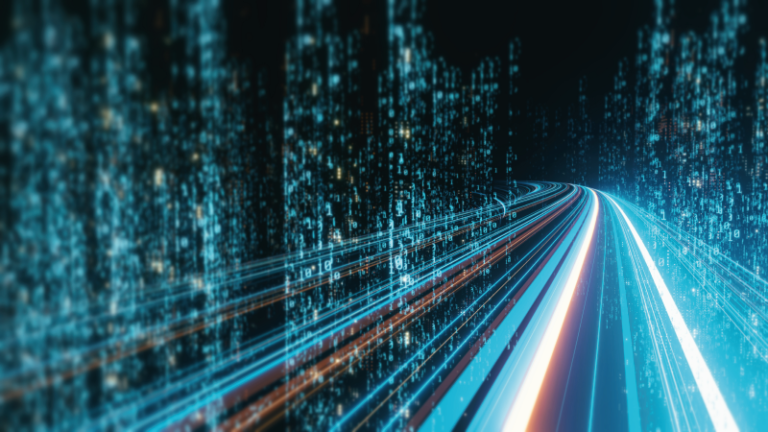 Sanjay Tailor
Digital Acceleration is the evolution of Digital Transformation, most businesses had been transforming how they worked for years, but the arrival of a COVID-19
READ MORE >
For more information about any of our services please get in touch
Contact Us
Linkedin-in